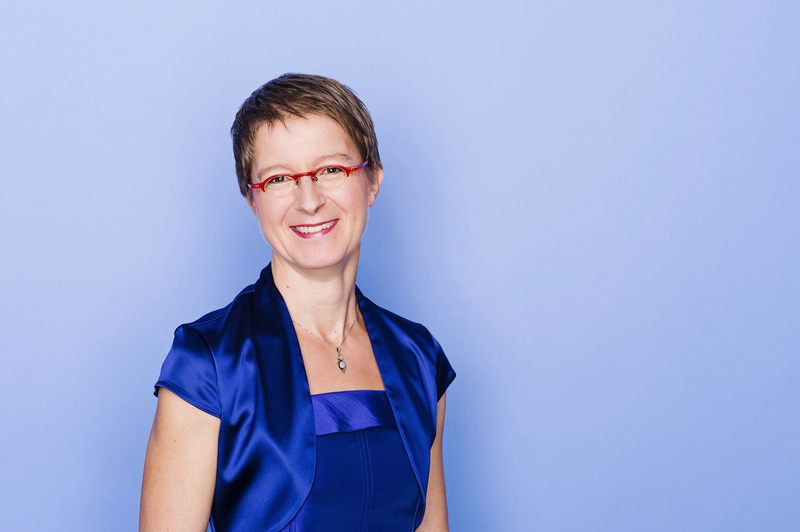 This week we have a new interview to add to the “Quintessenz” Leipzig Flute Ensemble. With this one we have three, and if you didn’t read the previous interviews, I invite you to do it. Gudrun Hinze (principal piccolo of the Gewandhausorchester in Leipzig) and Christian Sprenger (principal flute of the MDR Sinfonieorchester in Leipzig), told us a lot of interesting things in their interviews!

Bettine tell us on this interview a lot of curiosities of her musical life that I’m sure you will like it. I hope you enjoy the interview!

I started with music while listening to the church music. My father played organ, my sisters played the piano, trumpet and guitar, and my mom, the recorder. When we became older, we joined the choir. My father was conducting.

I grew up in the former GDR (German Democratic Republic). There, if you were quite talented in music, you had the possibility to learn how to play an instrument at the conservatory for free. At the age of 7, I became a student there, still playing the recorder. When I was 10, I could switch to the flute. I deeply adored my teacher and so I wanted to become a flutist since then! Right after school, at the age of 16, I started studying flute at the School of music “Hanns Eisler” in Berlin, finishing there when I was 20 years old.

I started playing the solo piccolo in the Norddeutsche Philharmonie in Rostock and I did this for 10 years. During those years the wall came down. Suddenly we had such opportunities as making a one year break to study flute with Dr. Sheryl Cohen in Tuscaloosa (Alabama, U.S.A.), and to study with Eric Kirchoff in the UdK in Berlin.

Well, that happened when I applied for the job in Halle Saale. I still played the piccolo in Rostock when my husband got a job in Halle/Saale, and my family (I already had 2 children) had to move. I wanted to play in an orchestra! There was one open position at the Philharmonische Staatsorchester, one of the two orchestras located in Halle! I tried to win the audition, but it didn’t fit. Two young flutists were tried out (and I was already almost 30 years old!) So I tried to get other positions in Berlin or in Leipzig, I practiced a lot… But then, somebody asked me, whether I was going to play in Halle again. There was supposed to be another audition five days later!! I didn’t know that, and called the office in Halle, asking for a late apply (the orchestra was still on a tour in South America, coming back two days before the audition should take place, and there was no possibility to ask to the flute group…). But then I was allowed to play… and I won! I couldn’t believe that!!

After that, I had to work hard to get through the first year, learning how to lead as assistant principal flute and studying the orchestral repertoire my new orchestra played. We travelled a lot and there was a family beside to organize…Yes, I had to learn a lot (I still do!), but I was so happy getting this great opportunity and being a member of this Philharmonische Staatsorchester!

During my first year in Halle, I got a call from Leipzig: Christian Sprenger, a former fellow student in Berlin, asked me whether I would like to play a program with the Quintessenz-Flute-Ensemble. They were looking for an alto flute player and maybe… It was other big challenge! I had never played the alto flute before! Luckily our orchestra owned a very good instrument, which I was allowed to play. And so I became a member of Quintessenz! I love the sound of the alto flute, it’s gorgeous. I’m really happy to play together with those inspiring flutists, who became friends of mine.

Interview to Bettine Keyßer, principal flute assistant of the Staatskapelle Halle and alto flute of the Quintessenz Flute Ensemble

Besides the weight, what I had to get used to, there are some differences between the flute and it’s bigger sister: I have to open up wider and find the right position within me. I think I do this more while playing the alto flute than while playing the flute. The articulation has to be more direct, using more consonants. The alto is simply bigger, and you have to fill this bigger tube… You have to look for the soul of the instrument, but this is the same as you have to look for with any other instrument… Within the ensemble I often have to play more dominant as I want to. This is because of my place, where I sit or stay. I´m playing away from the audience and I have to keep this always in my mind. The best thing about this place and all in all is to stand and to play together with Christian, who plays the bass flute. It is just great to be part of the base of our ensemble.

In my opinion it is so important for us as musicians to reach our youngsters, the youth, who does not have any access to classical music and to our culture at all! We have to leave our theaters and houses and have to go to the youngsters to show this side of our society our history and our humanity in a better way. And we have to invite the people, refugees too, to make them interested in our culture! If we make plans for just a little audience, only for the older or the younger people, it is going to be difficult. In Germany each taxpayer and the state are paying the culture, so we are committed to provide them all our very best, to attract our audience… And we have to show to our audience, that we are professionals, who love their job. Otherwise, how should we reach them?

Be a good critical of your own, your life, your flute playing, your society where you live in. Always find some positive aspects! Be careful with yourself and patient, and have fun with what you love: making music, flute playing, the environment… And probably, we all need courage and a lot of good ideas during those times! This is my advice for everybody of you and hopefully it might be not a pipe dream…

Juan Val - 04/11/2018 0
Today I have a new interview for you. I bring you a great flutist who has played with amazing orchestras like Los Angeles Philharmonic,...