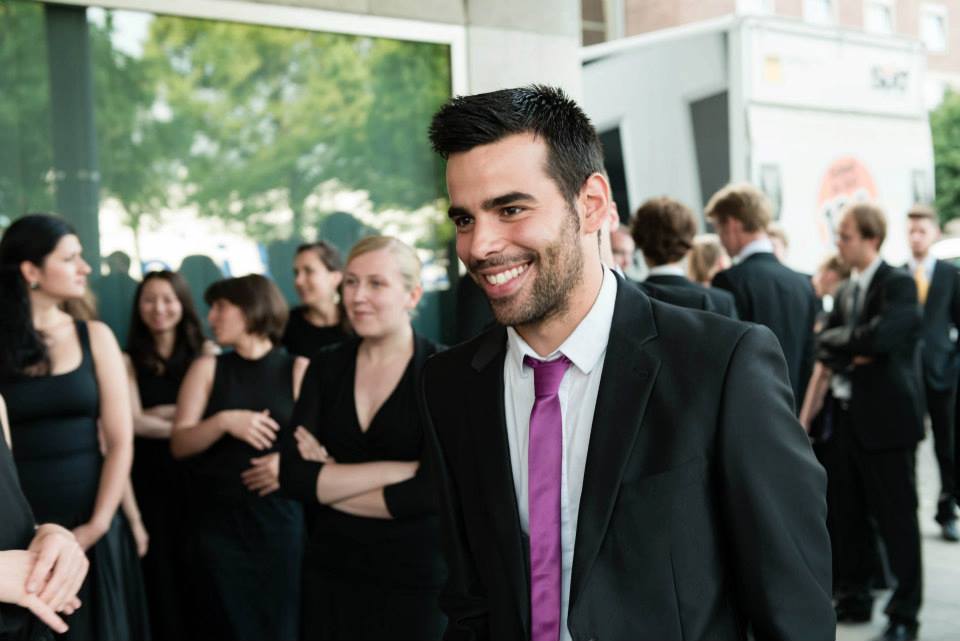 I remember when I started my studies in the High School of Music. Everything was really new and amazing, you are in a “freakflutic” atmosphere. Right, there were several people with whom I was amazed and who you have always as a reference.

Some weeks ago we read the interview to Ana Naranjo and this week Franciso López (flutist in  Gothenburg Opera, in Sweden) tells us his musical experiences. I hope you enjoy it! 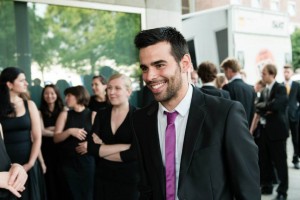 I remember how I got in the conservatory of Plasencia, my home city. The teacher of music in the school gave me a note to hand over to my mother, in which she said she wanted to see her personally. When I read the note I tried to hide it because I tought that probably I would have done something wrong. I was never known for being a good boy in the school. Finally the note arrived to my mother´s hands and they decided to take to me to do the auditions for the conservatory. My mother told me that the teacher of music was always finding me during the breaks sneaking in the music room and playing all the instruments there were.

You can imagine the rest: I did the audition and I was lucky to be able to choose the instrument I wanted. The one I liked the most was the flute, and I am sure that it was due to the way in which Juanjo Hernández did the demonstration. He was my teacher and the one who did that I really loved the flute.

A lot of things more or less curious have happened to me, it´s difficult to remember only one. 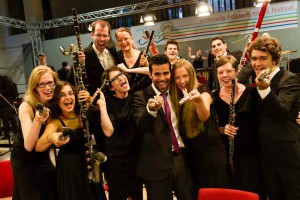 When I was playing in the Plasencia Band there was a time in which we had no tuba and I offered myself voluntarily for some months, but I realized soon that tuba was not for me.

There were also a couple of years in which I played in open-air dances in summer with my sister. She sang and I played the keyboard and sometimes the flute. One night, while I was playing the keyboard, one dude climbed the stage and grabbed my flute in order to steal it. I had time to react and nothing happened. But I took not a long time to give up the world of the open-air dances.

During the years in the High School of Music in Zaragoza, I played jotas on a very professional level with the group “Nobleza Baturra” and also something of flamenco with the group “La Querencia”. Both were very enriching experiences.

If you mean the musical outlook here in Sweden, I see it marvellously. I think that the swedish society has known how to find a good balance between musical tradition and to adapt to the demands of the current society. The orchestras don´t mind playing in concerts with pop singers, or even playing musicals and taking part in concerts and workshops with children. A month ago we made in Gothenburg Opera a very interesting proyect in which we played the soundtrack of “ Frozen Planet”, a documentary about the wild life in the poles by BBC, and we had a screen behind with the video. It was a big success, so we will repeat it in February. This kind of proyects, without forgetting of course the occidental music tradition, make you find a balance between present and tradition. Of course there are ochestras, such as Gothenburg Symphony, that have a great tradition (more than a century) and they have played with conductors such as Grieg, Sibelius or Nielsen, who take part of the history of occidental music. This kind of orchestra is devoted more profoundly to the traditional clasical repertoire. 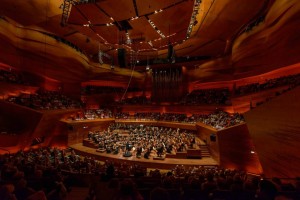 Something to keep in mind in Sweden is also that the price of the tickets for this kind of shows is quite affordable for any pocket, due to the fact that most of the price is financed by the swedish government. To see the symphonic orchestra, the student ticket is about two euros, and the normal ticket between ten and thirty. To see an opera costs six euros if you are a student, and the normal ticket can cost from fifteen to fifty euros.

This fact is quite important if you compare it with the reality in concert halls and theatres in Spain, where the average citizen doesn´t get the chance to see the majority of the concerts and operas.

Generally, I think that the spanish tradition of orchestras and operas is quite young and this makes music doesn´t arrive everywhere. There are a lot of people who don´t recognize the instruments of the orchestra yet, and even go to the concerts with total ignorance about what they are going to listen. The musical theatre really helps to touch all the publics and to awaken their interest. It´s easier to reach people telling a good story. Germany is a clear example of what I am talking about. The number of operas is considerably higher than the number of symphonic orchestras. There are very small villages that have a theatre in which they play operas every week.

Clasical music hasn´t left a mark on our society yet, and it´s our duty to teach to listen as much children as adults. 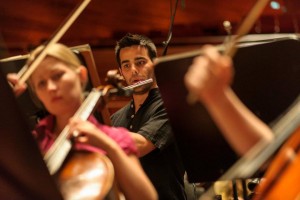 I find always hard to give advice….I think that the most important thing in our profession is to learn how to listen to yourself.  During our  years of degree we listen to our teachers,  to professionals, to conductors and even to our classmates saying what is right and what isn´t. It´s posible to learn from everything, but much more important is the time we spend developing our creativity. To trust in our imagination can be sometimes something risky, but music is a way of expression. To find our own expression needs more effort, but I think when you find it you learn to live in a more honest way.